Most people know that I am a fan of Doctor Who. Many who have come to the series through the abortion of a remake assume that it and the classic series are one in the same, and are often faintly bemused to discover that I draw a distinction between the two. I treat the remake with apathy. I’m happy to concede and live with the fact that I’m not its target audience.

But Peter Capaldi is a proper actor. So, the question has fairly been put to me from several quarters: will I tune in again when he takes over the lead role?

No, I don’t think so. I wish Capaldi well and am happy to opine that he is an excellent actor. My feeling is that he would have made a great Doctor in the original series had he been at the same age thirty years ago. But the remake is, and always will be, a counterfeit show bearing little or no relation to its illustrious predecessor whose name it has fraudulently expropriated.

I have made the point often, so won’t dwell on it here, but to put it succinctly: the remake of Doctor Who represents in microcosm the manner in which popular television drama has been relentlessly dumbed down by the BBC over the last thirty years since its 60s and 70s heyday.

I regularly review theatre shows, books, TV and film; and write. For all of these activities I have to have my critical faculties switched on. It becomes second nature. I can’t imbibe a story through any medium without thinking of it in critical terms: does the structure work, is it engaging, dramatic, saying something about the nature of existence?

I like Doctor Who because it fired my imagination during my childhood. The stories intrigue me, even the bad ones. The remake I found banal, using highly unsatisfactory deus ex machina endings to resolve almost every plot. This would invariably involve inexplicable and unexplained mysticism in some form or another. Rose absorbing the spirit of the TARDIS; Catherine Tate’s character “bravely” hammering a random combination of buttons on a console and in so doing foiling Davros’ evil plot; and most ludicrously and unforgivably of all the Doctor “curing” every disease in a hospital by mixing antibiotics together (which would in fact almost certainly prove lethal – ignoring the utter stupidity of the wheeze anyway), releasing the concoction through the sprinkler system, then persuading all the patients to touch one another whilst essentially praying to him. It’s impossible for me to watch such hideous nonsense without an acute sense of embarrassment as well as anger that my intelligence is being insulted. The shortcomings in the storytelling are fudged over by a busy string orchestra that tell you as a viewer how you ought to be feeling. It’s a blatant attempt to manipulate your emotions because the writing is too lacking to achieve the same end.

The show has sunk to the level of having a boy wizard main character who waves a magic wand to resolve tricky plot points. Sound familiar?

There’s actually nothing wrong with Harry Potter take on its own terms, it’s just not what Doctor Who should be, since, call me old-fashioned, but I feel that a programme purporting to be “science-fiction” ought to at least have some scientific content to it, especially when we live in such exciting times of scientific discovery where there ought to be no shortage of inspiration for writers. (As a side note, however much Harry Potter is not to my taste, and however stolid I find Rowling’s prose: anyone who upsets the Vatican for their creative output automatically earns my respect.)

I realise that I am in a minority in disliking the remake. That’s OK. I’m used to being in a minority over most of my views. I have noted that those who embrace the remake fall into two broad categories. They are either such devoted Doctor Who fans that they unquestioningly follow and embrace literally anything with the Doctor Who logo on it, with a fair amount of cognitive dissonance thrown in (they generally pillory JNT for exactly the same policies they laud RTD for). The psychology behind this interests me. Doctor Who was never trendy when I was a kid. To identify yourself as a fan was to mark yourself out as a social leper. Why does it matter to the same people now, in early middle age, that a television show with the same name should be popular? (In one way, I’m jealous of their ability to embrace the show. In another I’m glad to be emancipated from at least some level of a lifelong obsession.)

The remake also appeals to the stupid (or perhaps to be less overtly combative, to the uneducated, uncultured or otherwise non-thinking person) in a way that Doctor Who never did. It spoke volumes to me when a woman with whom I previously worked, who could in no way be regarded as the one of the great minds of modern man, told me she enjoys watching the remake with her son even though she never enjoyed the original. “I could never understand what was going on. I can understand it now.”

I very rarely watch television when it’s broadcast because I’m either out reviewing, writing my reviews, or watching/reading review material. On the rare occasions I watch the TV, one of the last channels I will sit and watch is BBC One, because it is all populist drivel that’s of no interest to me. The BBC makes the odd good drama – there was a great one-off about the ill-fated Challenger space shuttle that starred William Hurt as Richard Feynman – it was buried late at night on BBC Four – which I watched with great pleasure. But I no longer look at the schedules for BBC One at all. Thus I’m never aware of when the remake is on, less still inclined to watch it.

Which is all a long-winded way of saying that I won’t be watching Capaldi’s take on Doctor Who, because the remake is not part of my life and hasn’t been for some years. Despite admiring him as an actor, I don’t accept his status as a Messiah, since I am an Orthodox Jew when it comes to Doctor Who, rejecting the Second Coming as counterfeit. The Emperor, as far as I am concerned, is butt naked.

There has always been fascism to fashion – it’s the nature of conformity – but there has been a trend of late where it is deemed less socially acceptable to give voice to dissenting opinion. People increasingly seem to feel entitled to not hear an opinion with which they might disagree: thus in disliking the Doctor Who remake, and Harry Potter too for that matter, I have attracted considerable ire. I would expect this from foaming-at-the-mouth Doctor Who fanatics. Before I learned better I posted in internet forums comments such as, “Well, that wasn’t very good, was it?” on threads about the latest episode (back when I still watched and gave a sort-of-toss) and received shrill denunciations screaming heresy and blasphemy. “You just don’t understand the genius of RTD,” I was often told. I’m allegedly not privy to the searing insight that only those truly in the know have access to: such modesty. Now you’re not expected to post opinions that go against the grain on social media for risk of giving offence.  It’s symptomatic of the problem of cultural banality.

I used to like the by-product of Doctor Who that it was niche and a bit different. Now it is as dully conformist as it could be. It has become the golden cow the BBC milks for all it is worth. It has gone from low-budget experimental and often daring television to high-budget bland and formulaic fodder that would never take a risk or alienate its viewing public by presenting something challenging or thought-provoking. Whereas active fandom used to be a vaguely regrettable coven of poisonous egos and boring lives attached to the side of a television output, the show is now saturated with professional fans, most of whom are wankers with fragile egos and no qualms about exploiting their much longed-for power. It’s an ugly clique I remain suspicious of and have no liking for. Doctor Who has been remade in their image and reprocessed for the slowest ships of the fleet.

So no, I won’t be tuning in. I’m only pleased for the children who have taken to it that the dreadful and unwatchable boy who has been overacting like hell in the part for the last few years has been axed in favour of an actor with genuine depth and talent. Such a move can only hugely improve the programme. It still won’t be my programme. 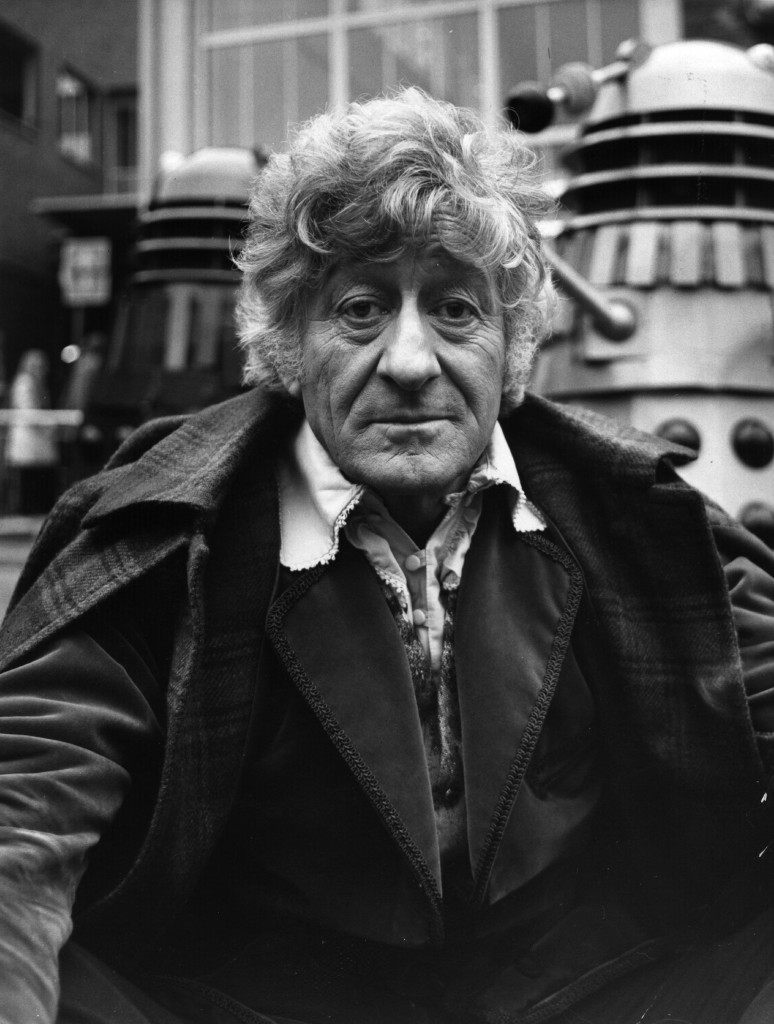