I have a hobby that I share with a few friends which involves visiting locations – any and every – that were used in Doctor Who. It’s a bit odd, it’s definitely for geeks, but it’s a relatively inexpensive hobby that appeals to the obsessive side of being a fan. This can mean visiting entire villages (Aldbourne, Blists Hill), roads, stately homes, private houses, landmarks (St. Paul’s Cathedral, The Hayward Gallery, The Post Office Tower) and even fields, lakes and quarries!

Our little group is by no means unique – however our custom, perhaps spawned from the consequence of having more than a few theatrical members – is to recreate a scene at the location and film it; usually completely taking the proverbial.

If this sounds like madness to you then you’d be right. The nearest parallel I can offer is the religious pilgrimage. As Tom Baker said about fans flocking to his public appearances: “They may not go to Mecca or Medina or Lourdes… but they visit a school hall in Camber Sands and touch me.” The impulse is the same. Something special once took place upon the hallowed ground we visit, consecrating it forever more.

Some of the locations, especially the non-landmark sites in London, have long-since been demolished or changed beyond recognition, with factories peculiarly susceptible to the bulldozer: but many remain immediately recognisable. Even those that have been scrubbed up (Bulter’s Wharf – which, when Who filmed there in 1983, was a dead area full of nothing but abandoned and rotting warehouses, where the crumbling bricks are now home to extortionately expensive bars and restaurants) retain enough of the architectural infrastructure to reward the fan to this day.

A location I visited earlier in the month was very special, because it had been used in the very first Doctor Who story I remember watching – The Five Doctors – which was broadcast in November 1983 when I had recently turned five. It was the most exciting thing I’d ever seen in my life to that point.

Despite exposure to the (disappointing – isn’t it ever thus?) serial many times over on VHS and DVD since its transmission, I still retain my early childhood memories of it. One of the sequences that seared itself onto my brain forevermore took place where the Doctor (Peter Davison) is taken ill outside a derelict fairytale castle. I remember discussing it with my sister the following day, as we clambered into the back of my mum’s old Maxi, decked out in our winter woollies.

Well – we found that fairytale castle, and I stood in the spot where, in 1983, a television serial was shot that turned me into a lifelong obsessive and in turn fed my appreciation and adoration of archive British television and its stars. Naturally, Plas Brondanw Tower, in Gwynedd, Wales (Doctor Who very rarely filmed so far away from the M25!) doesn’t reach the expectation of nostalgia. It’s a gorgeous place, home for a while to Portmeirion (where The Prisoner was filmed!) architect Clough Williams-Ellis, set amid stunning Welsh countryside. But in my memories it’s a fairytale place light years from earth!

It was an oddly thrilling experience all the same, coming full circle in my history as a fan. After all, that’s where it all started. For although my fondness of Doctor Who begins and ends with the classic series, and I’m happy with my lot, having handed the baton on to the next generation, who the new series is for, it remains a lifelong love affair and peculiar obsession that shaped my childhood. I was one for scouring second-hand bookshops and book stalls at village fetes on the lookout for Target novelizations of Doctor Who titles. ‘Danger’ was not my middle name. I always had my nose in a book. And it was always a Doctor Who book.

The series was, and to a much lesser extent, still is, a major part of my life. Taking these pilgrimages is a unique way of experiencing buried childhood nostalgia, and never more so than standing at the Eye of Orion thirty years later. 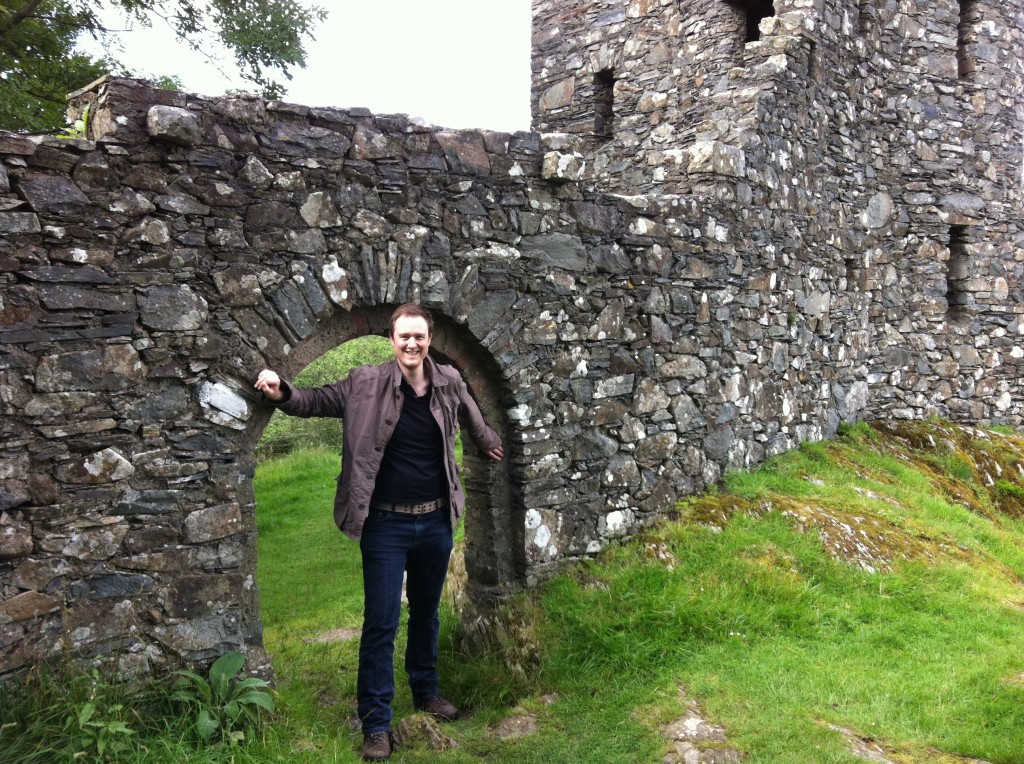